How do smartphones influence the experience of a night out among friends?

Given the opportunity to submit a research subject for the "Open Project," in preparation for the honours degree, I suggested the following question: what are the perceived effects of smartphone usage in social situations?

This largely field research based project was narrowed down to researching how smartphone usage impacts the experience of a night out with friends. It consisted of experiments with voluntary participants in cafés and bars, in-depth interviews and conversations with respondents and a psychologist and finally concepting for a simple solution to moderate smartphone usage. 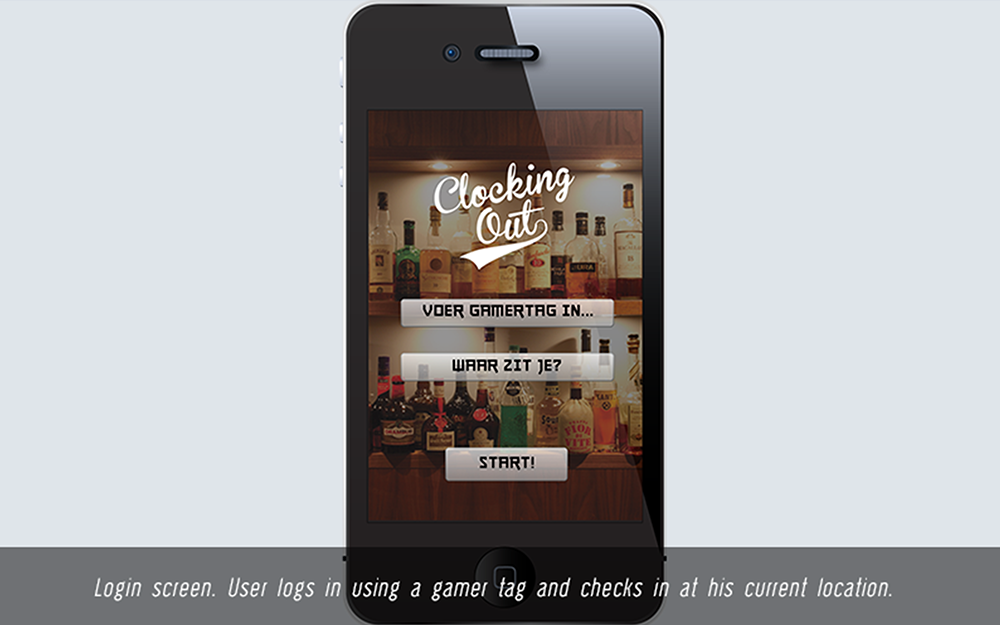 A smartphone app game that encourages friends to challenge each other and reduce their smartphone use during social situations. Every time one person chose to pick up his/her phone, he/she had to clock in. This started a timer which stopped once the user had clocked out. A leaderboard kept count of every player's behaviour. At any given moment, team members could see who the most prolific user was in their team and send that friend a push notification to ask them to pay for the next round. 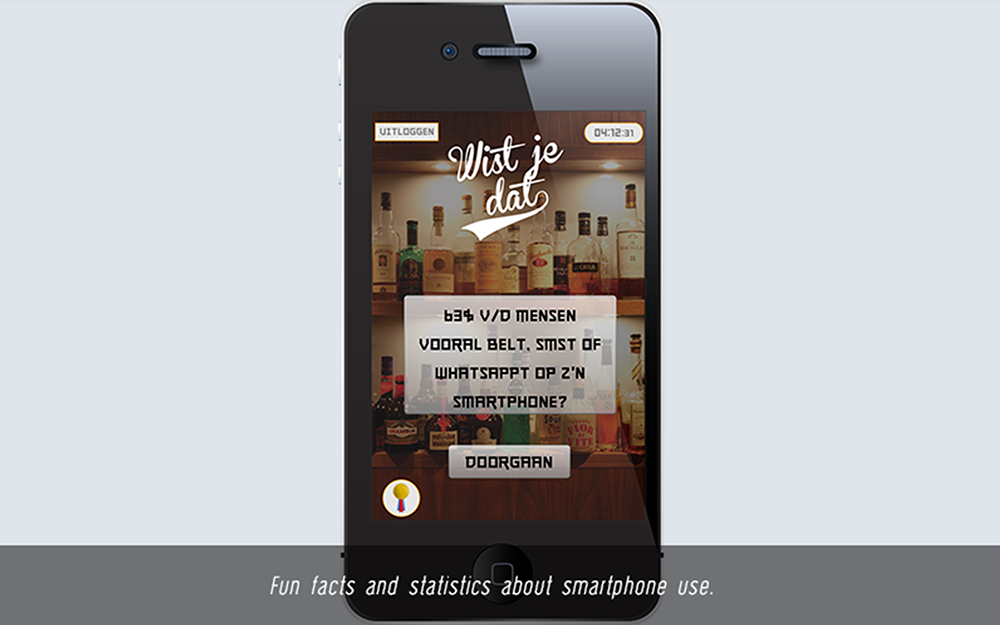 The point of this game was that users would become more open and communicative about each other's smartphone usage, making it possible to relieve frustrations and encourage conscious behavioural change.

Can she please check my phone? Just to see if there's anything new. Will that count as looking?

During the research, we encountered several cases where respondents explained their frustrations twoards that one friend that seemed addicted to their device. Conversely, said friend often mentioned the difficulty in letting go of the smartphone during these social gatherings. There were signs of addicted behaviour. Other groups mentioned having to be reachable for work or personal reasons. Using these insights, we chose to design a light-hearted solution which encourages behavioural change using gamification, without being condescending.